All the best places, attractions and events.

Everything on your phone, no need to print.

Staveley Nature Reserve, part of a larger area known as Staveley Carrs, has been renowned for rare plants for centuries. Today, this large, accessible site has been sculpted through quarrying activities followed by decades of work by Yorkshire Wildlife Trust and dedicated volunteers.

The site is in two parts: the East Lagoon edged with vegetation that was allowed to develop naturally post quarrying, comprising fen, reed swamp, scrub and flower-rich grassland; and the West Lagoons, which was landscaped and returned to agricultural usage after quarrying, with arable and intensively grazed areas. This part of the site has seen much activity to create more interesting wildlife habitats, since the Trust?s purchase of the land in 2010.

An 11 hectare hay meadow has been created on a former arable field, islands, nesting platforms and a sand martin wall have been built around the lake, and ponds and scrapes put in to increase the area of wetland habitat. The nature reserve is bordered by the River Tutt on its northern boundary and there are footpaths and hides from which to observe the varied wildlife.

Small areas of fen are home to several relic species which were once widespread before the carrs were drained and transformed into farmland. Locally scarce species such as water violet, marsh helleborine and meadow rue can be found.

Common breeding birds include summer visitors such as sand martin and several species of warbler, with common tern breeding on the rafts put out for them and barn owls in nest boxes. Wading birds such as little ringed plover and oystercatcher sometimes breed on the exposed bare ground and islands of West Lagoon. Red kites and buzzards are regular visitors. There have been 22 species of damselflies and dragonflies recorded in the main lagoons, small ponds and ditches.

Mammals are well represented with roe deer and fox amongst the larger species and water shrew and harvest mouse amongst the smaller species. Otters are seen regularly, quite often in the middle of the day on both lagoons.

Management of the nature reserve is designed to maintain the site?s diverse habitats with rotational reedbed management, scrub clearance and coppicing, cutting and raking of grassland, traditional haymaking and grazing with the Trust?s Highland and white park cattle, and Hebridean sheep, amongst other activities.

BOOK NOW
ABOUT AMAING DAYS OUT

Sign up now to receive hot special offers and information about the best tour packages, updates, and discounts.
RECENT POSTS 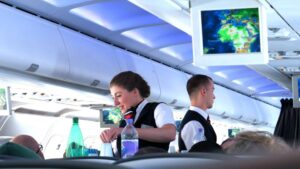 Spotlight on London Experiences from The Indytute

Got a question? Need some help?